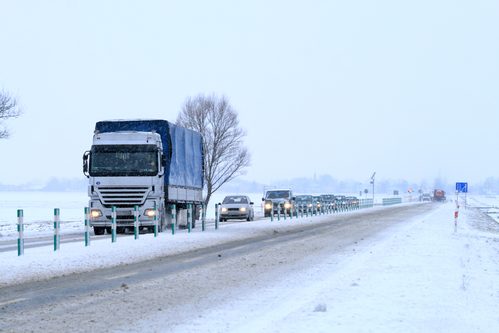 Tractor trailers ban has been instated in New York and New Jersey yet another winter storm bears down on the East coast.

In New Jersey, the commercial vehicle travel ban is in effect for the entire length of the following interstates:

Here are the roadways which ban commercial travel in New York:

In both states, the travel ban applies to:

Authorities say the ban will remain in place “until further notice.” There is no estimated time of reopening.