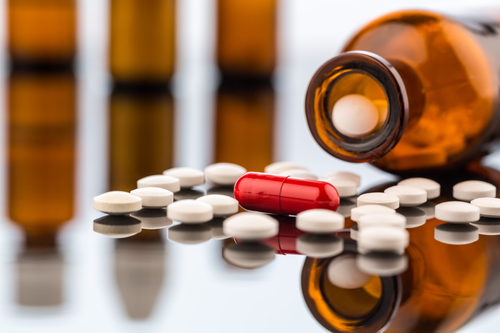 many tablets with a glasbeghäter. symbolic photo for addiction and costs in medicine and medicines.

Attention truckers! Since the first of next year, truckers will be tested for the use of four commonly prescribed and sometimes abused pain medications.

The U.S. Department of Transportation (USDOT) is amending its drug testing panel in order to meet new Health and Human Services drug testing rules. A final rule was published in the Federal Register Monday, Nov. 13.

Testing standards go into effect on Jan. 1 for:

The DOT will remove (MDEA) from the current drug testing panel and add methylenedioxyamphetamine (MDA).

The rulemaking also explains that only urine testing is acceptable for DOT drug tests. Point-of-collection urine testing or prompt tests are not allowable since the tests have to be screened and confirmed at HHS labs.

The DOT states in the rulemaking it knows that the HHS is looking into permitting oral fluid testing and hair testing under its guidelines, but DOT cannot recognize them until those methods of testing are added. The agency adds that it will follow with its own rulemaking to confirm if HHS does add other testing methods to its guidelines.

There have been calls by many carriers to allow drug tests using hair samples, a process they say is already part of their hiring process.